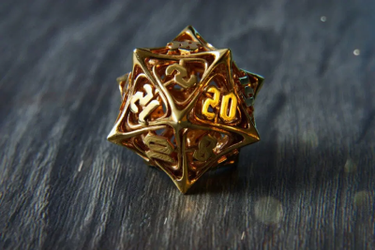 Now, there is something to be said for the serotonin boost that comes with gambling, but the same can be said of successful strategizing,

The question at hand is whether or not to remove damage variance from players and monsters. It might seem a bit boring to have the same attack do the same damage every time, but it does provide a certain consistency - you know exactly how many hits you can take from an enemy, and, with some experimentation, exactly how many hits are required to take the enemy down at your current skill level with your current weapon. Also makes balancing spread sheets quite a bit more reliable.

Player damage is always going to be a bit varied due to weapon charging and skill, though traditionally, martial arts were the only weapon line to be absolutely consistent in this regard.

Disadvantage is that weapon lines would start to seem much less unique, though the hope is having the Title, Race, and Faction systems in from the ground level would create quite a bit more specialization to mitigate that effect.

Common complaint we have received is that the damage range of some attacks, in both directions, is too varied. Third option is to put a cap on it, maybe max out at +/-50% or +/-25%.
J

though i'm worried that some of the ideas you've presented in previous posts stray too far from the idea of mastersword, such as a maxed player only dealing maybe 2-3x as much as a new player... i'm all for reducing the ridiculous hours it takes to get to high content, but lowering the power scaling to that point will make progression less meaningful and overall shorten the lifespan of the grind, which i do feel is pretty important for an RPG

The previous approach was hampered by the fear of fundamentally altering the sort of game it is, but we're well past that point.

In this case, we're replacing a purely vertical power train, into one with more of a sliding horizontal plane, where great effort is required to increase specialization into a specific role in the group, while the purely forward momentum is less valuable, and there's a much wider range of role specific abilities to earn. Where as previously, all you could do was look at the biggest hunk of armor in the room, and try to hit the same wall they did by grinding the same maps, making for a rather bitter environment in the long term, in addition to being rather a waste of nearly a hundred maps. (Though it certainly makes more sense when you only have a dozen, as we started with, and never dared dream of a world so large, going so far as to declare all third party maps "cheats", as was the case with the first and second MS teams.)

...and there is simply no better way to eliminate the power creep and loot distribution complaints in one fell swoop. Though, surely we'll be eliminating some fundamental approach bugs in favor of new, and more interesting fundamental approach bugs, such is the process with these things. We're no longer rushing and back-burning things to get new maps, items, and features out as quickly as possible, having more than we need with this approach, whereas simply recreating the situation we had before would defeat the purpose of the effort.

This poll... doesn't seem as clear as the previous ones. That might be because it lacks information on some aspects. An in-depth layout would help narrowing out the situation. Simply stating %'s, isn't really that clear in the long run.
Anyways, this is how i see things:

1) The none option is simply bad and boring (implying you are dealing 100% all the time). RPGs need variation when it comes to numbers, to make it interisting in the long run. Unless output damage scales not based in the weapon itself, but with the player, as it levels up. Then i guess it would vary a bit with this option, but still, i would assume we would be seeing 100 dmg and slowly walk our way up from there. This is the kind of approach you would use for non RPG games imo.

2) This is the exact opposite of the none option, it's both good and bad at the same time. Nobody wants to land a hit and deal 1 damage but doing massive damage feels great.

3)+ 25% / -25%, sounds like a weak midterm from 1 and 2. But this option gives more room for adjusting bonuses later on (if you were to consider weapon type bonuses for adopting a specific path like i mentioned before, etc). Basically the safest option is this one.

4) +50% / -50%, sounds like the proper midterm for 1 and 2. Doing half the damage or doing 50% more. But this reduces the safety of having significant bonuses later on. Assuming we are capped at 300% damage via progression.

Option 4 sounds the best on paper imo for the kind of game this is. But option 3 is the one that gives more room for experiment with bonuses and whatnot that could come stacking on top as the player levels up and builds a path.

What are the plans for power attacks, is it just simple dmg % increase or is something more to it? I do think that power/charge attacks should slightly increase damage output but do something other than that, based on the weapon the player is holding. (eg: great axe hitting sideaways, doing multiple hits. Hammers stunning enemies. Daggers applying bleed. Etc)

These damage %'s have to be considered along with other things aswell.


My suggestion would be (based on your idea of 3 times the damage from noob to god tier progression-wise):

With this in mind, 175% damage could be achieved with charged attacks and first bonus you want to apply via class system or whatever. Meaning... you would get 125% to work with, stuff like power progression from leveling up, potential enchantments on gear, dual wielding, idk. Power progression on the player should at least be another 50% on top of the 175%, to give some sense of leveling up and getting stronger.

If you made a display like this ingame showcasing weapon stats, it would help both the player and the devs to properly balance/understand items outside of potential magical properties/special abilities they could have.

zeus9860 said:
What are the plans for power attacks, is it just simple dmg % increase or is something more to it? I do think that power/charge attacks should slightly increase damage output but do something other than that, based on the weapon the player is holding. (eg: great axe hitting sideaways, doing multiple hits. Hammers stunning enemies. Daggers applying bleed. Etc)
Click to expand...

Should say, while we are trying to change fundamentals of the game, we're still bound by other fundamentals against our will, especially with the coding end of things so hampered. In MS:Classic, you're rather limited with your standard attacks, as it always only hits the one nearest creature in range, and it cannot detect individual hit boxes on monsters, just the overall bounding box (so no real head shot feature).

We're planning on a monthly developer blog this time, since we're swearing not to rush things, and in that we will describe a slight enhancement to that system that will allow you, for instance, to hit several enemies in an arc in a single side-swing attack, which, as per usual, will be accessible by strafing while attacking, and the default for great axes. At the same time, we lack the ability to make the weapon exist as a "swinging box" within the world, so a sword that naturally strikes as it "swings through" enemies isn't an option, but we'll do our best to simulate it, perhaps by delaying the damage application and push back left to right by a fraction of a second on a left to right swing. (Which is another upcoming poll, was considering giving most weapons some minor push back to give more feedback.)
You must log in or register to reply here.