Could be the port over was more direct than I thought, though I don't have a simple crossbow to replace it with - just a dastardly looking magical one. I'll see about trying to contact the VS folks, but I'm fairly certain their contacts are long dead, as their mod hasn't been updated since MS 1.1 was released.

Impressed that he managed to merge the animations though - wonder how he did that. :\

How magical are we talkin?

It's... Basically a dragon head gauntlet with a crossbow in the mouth piece. 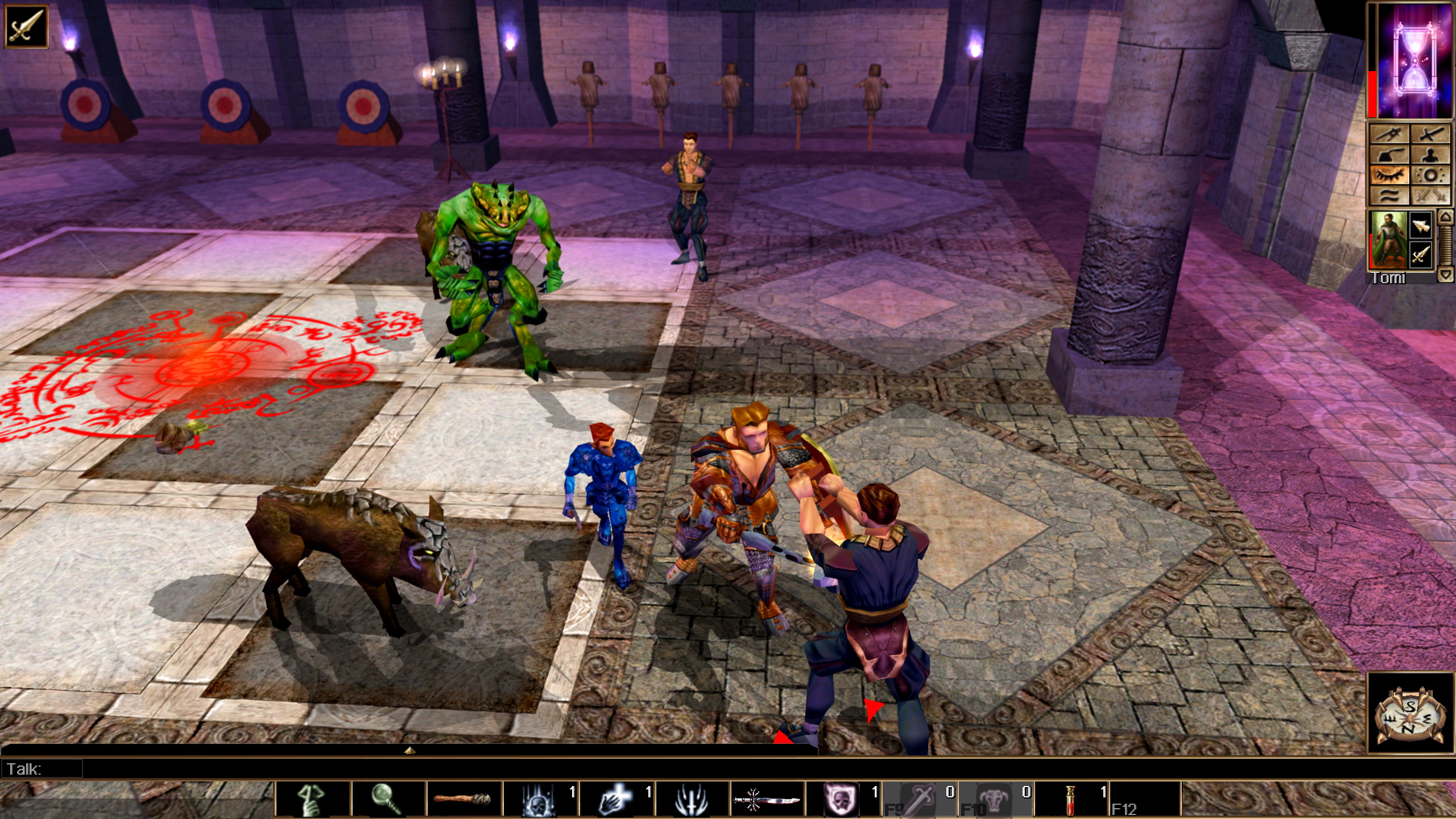 Seems like all the NWN stuff is blatantly stolen.

Sadly, Lady E is no longer of this earth to be questioned over the differences, but I have long noticed the differences seem to be subtle, to say the least. This be why they are all in the "iffy" section.

Will hold a seance later.
M

Texture might be stolen but I thought the model was 'original' MS:C work? By FER? Most likely based on that NWN model though, but still.

Model definitely came from Lady E's Neverwinter Nights pack, but FER redid the animations. True of a few other models from that package.

edit:
Also, not sure if I should have announced a downer like this when it happened, as I don't think there's anyone else left in the community who knew her, virtually or otherwise, but Lady E died of breast cancer in 2016. She was once an avid Neverwinter modder, and provided the boars, dragons, Iron Guardian, and a few other models for us, as part of a bulk package her mods used, that I've yet to fully exhaust - as credited/blamed for in the top post.
You must log in or register to reply here.
Share:
Facebook Reddit Pinterest Tumblr WhatsApp Email Link
Top