greatguys1 said:
I intend on changing brushwork too. It looks like a good base for what I want, but it seems you want this to be strictly the water temple you envisioned. I'll leave it up to you though, @Chimz , can I turn this into a blood/flesh themed map? If not, I have no problem trying to make another map work.
Click to expand...

Umm, well to be honest, have you ever had a project that you worked on in different times, never got to finish but never wanted to let go of too? And you always keep it in the back of your head, hoping that someday you'll return, finish it and turn it into what it was meant to be? This map is that project for me.

As an amateur I spent hours sketching, thinking, researching ideas to get the best results. I had to make a temple that was built mostly by Elves, with architecture that was unique and different than what normal humans (and most other mappers) made. Something that was stunning, beautiful and unique.

Ever looked at the first hallway in the map (twin hallways)? Wonder why they're not just round, square or any other common shape? Because I spent time trying to figure out a form that was unique, futuristic and at the same time beautiful to the eye.

The giant pillars at the main hall's walls? Spend hours on that too. Pillars were so common in medieval times, so how could I make something that looks good and unique?

How do I make a waterfall that fits the majestic look of a water temple temple?
How do I add illumination without using fire?
How do I surround the player with water without getting him wet?
What color pallet do I use?

These were all questions I asked myself and spent hours trying to sketch and figure out.

So what I'm trying to say is, I want you to realize that I spent a lot of my time, energy and love on this map trying to make it perfect. Right now the whole thing may not look great, but when you separate each part and examine it, you get to see how much work, detail and beauty was put into it.

And that's why it's hard for me to let someone take the map, flip it and turn it into it's opposite. A futuristic calm, blue, beautiful water temple turned into a red, medieval, horrifying temple of flesh or blood.

I keep wanting to come back and finish what I started, but I don't like the idea of having another map with exact structures copy pasted. It will make MY map the second and "copypasta'd" one.

So, I guess you can use my prefabs, but please don't just copy paste everything (especially the pillars! THOSE ARE MINE!).
Try to make more horrific designs yourself to fit your vision of the Blood/Flesh Temple.

S-should I remove this map from the WIP section? I mean, if ya didn't wanna let whomever do whatever with it, ya probably shouldn't have volunteered the content.

I can't even promise that maps that make it into the game won't be fsked with in some way eventually, but the ones here are basically volunteering to be cannibalized.

edit: Removing the link until I get confirmation one way or the other.

I totally understand, @Chimz. I'm letting go of the Water Temple.
Oculus has one piece I'd like to use... will explore more options later.

Adding to the collection, some maps and fragments thereof from @Dridje (think I got that name right this time), in hopes that they would inspire those who find themselves in a creative rut, continuously polishing their own maps, or just need some bits and pieces to help quickly fill out their own designs or with which to education themselves. Use or peruse as you see fit, though no promises that Dridje won't revisit from the stars above to complete them. These include: 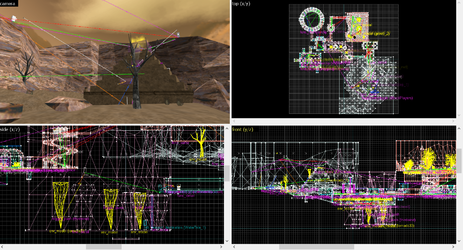 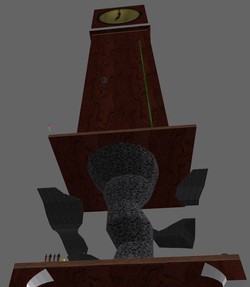 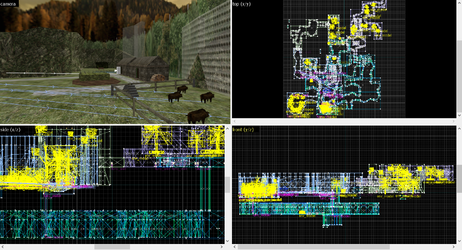 The Fragment of 2019. (Which, in particular, demonstrates some fine monster placementment and entity management.)

Most of the textures seem to be found in the wads included and in allinone.wad

If you think this is bad, you should see my full graveyard, these are just the ones authed for the WIP thread. Nonetheless, Dridje is still working on, something... And he didn't suggest he wouldn't come back if the opportunity arose. If we had a working patch (gah) some of these maps could be completed as desired in a few days or less.

Is there any progress on a potential fix/stability release of the alpha?

Is the thread not depressing enough for you?

More tears of apathy for the rising ocean of death that is already up to our necks.
M

Lucifer Majiskus said:
so much for all my hard work i cant believe i ever thought it was worth it to do anything but i guess i was wrong so ill just leave this here for anyone who wants to finish it or whatever i guess idk
Click to expand...

Hey man what are you doing? That picture you posted, where the moonlight eerily shines into the cave with the green crystal, looked really nice. You're giving up on this map? Why?

As confession: My initiation was full of holes, for a time, for my grandfather gave it to me in desperation while in a stroke, though he had taught all the lessons while I was but a child, and he was still, "a god of charm", akin to Ian of the Irish and Odin. ["Racism!" - yes, "mom", sorry, dramatics!]

Families merely protect their own, and want the best for their families futures, we all have that incommon... All can learn any occupation and each must find their own way, but meritocracy starts at the luck of history. Give as many opportunities for those below to rise above as one reasonably can, younger me would have asked. The lessons of roles taught by every RPG, but alas, I was stuck before I got to that.

The false act of blaming the living for mistakes of the past, as if they were the sort of fools who could not learn from that. Distorted vision of humanity's future, creates wars, and the best and worst is almost can see, whereas the invisible truth always lies in between. Lessons of Philip K. Dick and a music known to most here.

Secondly, my sin here was that of dark whorder. It is unwise to hack at something so clearly broken for so long, though the smiling response I give her is is, "it appears it was just long enough to build rage against the sin."

However, she is quite right - recognize paradox of longer than one life, and set it aside, lest you wish to dedicate your life to it, as did I. The time spent on such missions is much shortened, and I'm sure they will be, for one with such a sharp sword as yours, when you come upon them. You seem to me a fine lawyer of justice, who has simply not found his cause, but your opposition served its purpose here better than most anyone else. "Thank you for pissing me off."

I believe I said something, "This reminds me of grand unification theory." - though, only to me, someone of even slightly more experience in the profession could have worked it out in but a moment, I'm sure, though, energy, time - none came to aid, and I'd taken too much from those dearest to me already.

I don't like to graduate people without warning, but I cannot see why else you would demonstrate its use again here. So, as I so often say:

PS. I need better contained structure, history of the project, I guess. Will work up something before next post.
You must log in or register to reply here.

Mappers! Get inspired or inspire someone else!