The True Followers of the Lost

I just finished editting first post and someone has already responded...

The True Followers of the Lost

You do not need to re-make TFL, you only need to get a guild thread and have five members post in it. The crest is up for grabs, so anyone who can meet the requirements of a crest-bearing guild can take it.

Or just go talk to Brian on the MSS forums and get the darned password from him, as I suggested.
J

The True Followers of the Lost
Blades of Urdual

Thothie said:
Or just go talk to Brian on the MSS forums and get the darned password from him, as I suggested.
Click to expand...

So could i basically make a guild named Jordy make 5 fake members to join so i could get my own crest?

I didn't know there was still SoP then i saw server .

EDIT: nvm about password just saw that in crest section.

Yeah, each guild has its own password for its own crest. Guild leader should have said password. What said guild leader does with said password is his own business. He can also request to have it changed, in event of a leak.

As the thread describes, any five folks can get together, post their Steam ID's in a thread, and either submit a new crest (that will be placed in the next patch), or request one of the ones on the auction block (of which there are three, all belonging to debunked clans, one of which happens to be TFL, debunked by the guild leader himself.)

Alternately, you can submit three really good maps, or five crappy maps (that are at least good enough to make their way into the game) and get your own crest that way as well. I actually offer my own artistic talents, such as they are, for making crests for folks such as these. (See The Crest of Crow.)

In some instances, folks who have donated extensively to the game have opted for other awards (besides crests) that similarly look neat, but have no affect on game play. (Such as Orochi's jacket, or Dridje's sphere.) [And yes, I've offered such things to Rickler, FER, and MiB, but none seem terribly interested.]

If Matt PL wants his former guild's crests, all he needs to do is contact the original guild leader or someone else in the guild that has the guild password, and get said password. He can also request leadership of the clan, at which point it would automatically be reinstated with him as the new leader as soon as the former leader made the request. The last alternative, is to form an entirely new guild and request said, currently unclaimed, crest.

Thothie... I may take you up on that offer

. But of course if I am eligible lol.

(If I am) I'm actually really interested in what you would make for me with your artistic skills be it crest or something else.

IIRC, yer on one and a half maps, and one or two models... Although you may remind me of your other contributions after you finish updating the wiki.

Updated. 1 and 1/2 maps + map frag (which I am still thinking about using, lol). The animated armor boss (with animations and horrible, horrible skinning), U Shield, Flame lick, Dark Sword. And hopefully that armor/helm will be wearable soon. Nothing like cutting it close. 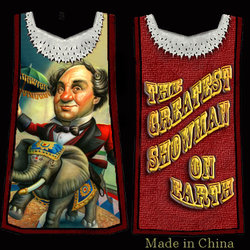 Only relevant if your name is in reference to P.T. Barnum - was never sure of that.

That is so awesome! I'm not biologically connected but my name is.

I suppose it should... But didn't you already jack the pirate crest?

(Also maybe shouldn't be messing up SoP's thread with this conversation. >_>)

That thought crossed my mind every time I opened this thread haha.

I think a split is in order!
T

Am I the last known Hero of SoP around?
You must log in or register to reply here.

The Shadows of Torkalath » 15 Members
2